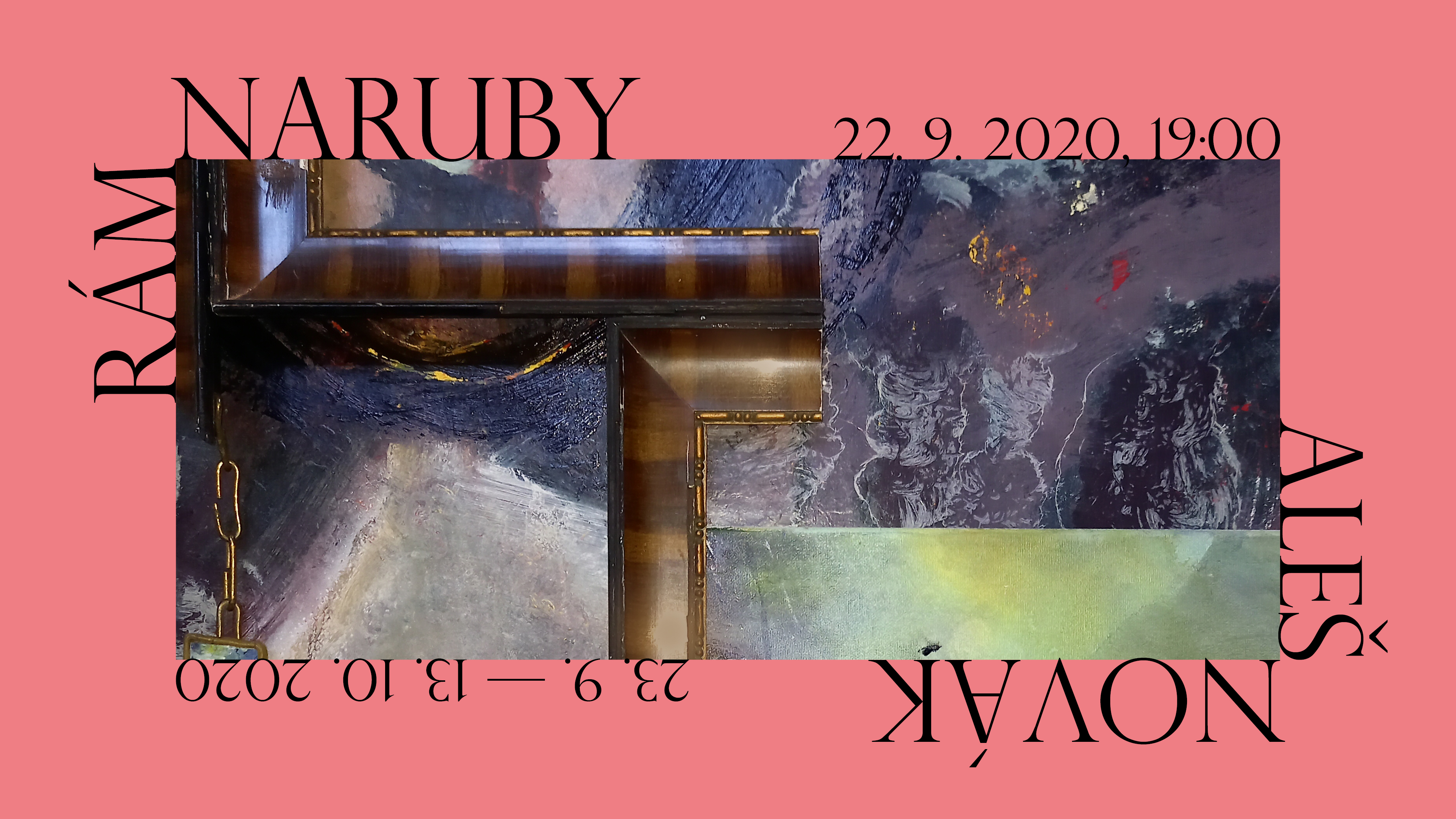 We cordially invite you to the exhibition by Aleš Novák called Rám naruby. The opening will be held on Tuesday 22nd at 7pm and the echibition will last till 13th October, 2020.

The landscape is a vigilant observer: the disintegration of a cloud, converging spots of light, the ebb of autumn rain. Aleš Novák’s landscapes are not only a perceptive witness of the visible and the tangible, but even more so of what lies beyond one´s line of vision; what can be seen only peripherally, perceived only as an echo. It is the shadow of an animal waiting for dusk, a flash of bone at the edge of a forest, the harmony of a river and a predator flowing through the night: all this is and is not visible.

Novák’s exhibition depicts the landscape not as a rigid and preserved object intended for immediate consumption, but as a mysterious and reticent space that cannot be seized. It speaks its own language, lives its secret life. It is not possible to target it, devour it and capture it. It emerges, almost as of its own free will: it passes from shadow to light, from brightness to fog, slowly materializing. The scene of the image therefore becomes unstable and changeable.

This effect further enhances the involvement of objects in the overall composition of the exhibition. The painter therefore achieves a new and fresh dynamic, in which the dialogue no longer takes place only in the ‘language’ system of colour and canvas, but expands into space. One may ask what language it is? Is it the language of pointing to the landscape of the image? Is it an extended game of hide and seek to reveal its code? Or, is it rather a metalanguage of an image as a material artefact?

The installation includes short texts by Klára Krásenská, which offers another possible layer of perception. The incorporation of the texts underlines and emphasizes the dialogic nature of the project and each of its media.

The power of Novák’s exhibition lies in the new the story with which the landscape motif is related. Many of his paintings open vistas into spaces that evoke landscapes of biblical stories or ancient myths; however, even this impression does not exceed the given limit of conjecture, vision and illusion. There is not therefore any specific narrative that the landscapes relate or convey. Novák’s landscapes are not a medium, rather viable and barely predictable stories.