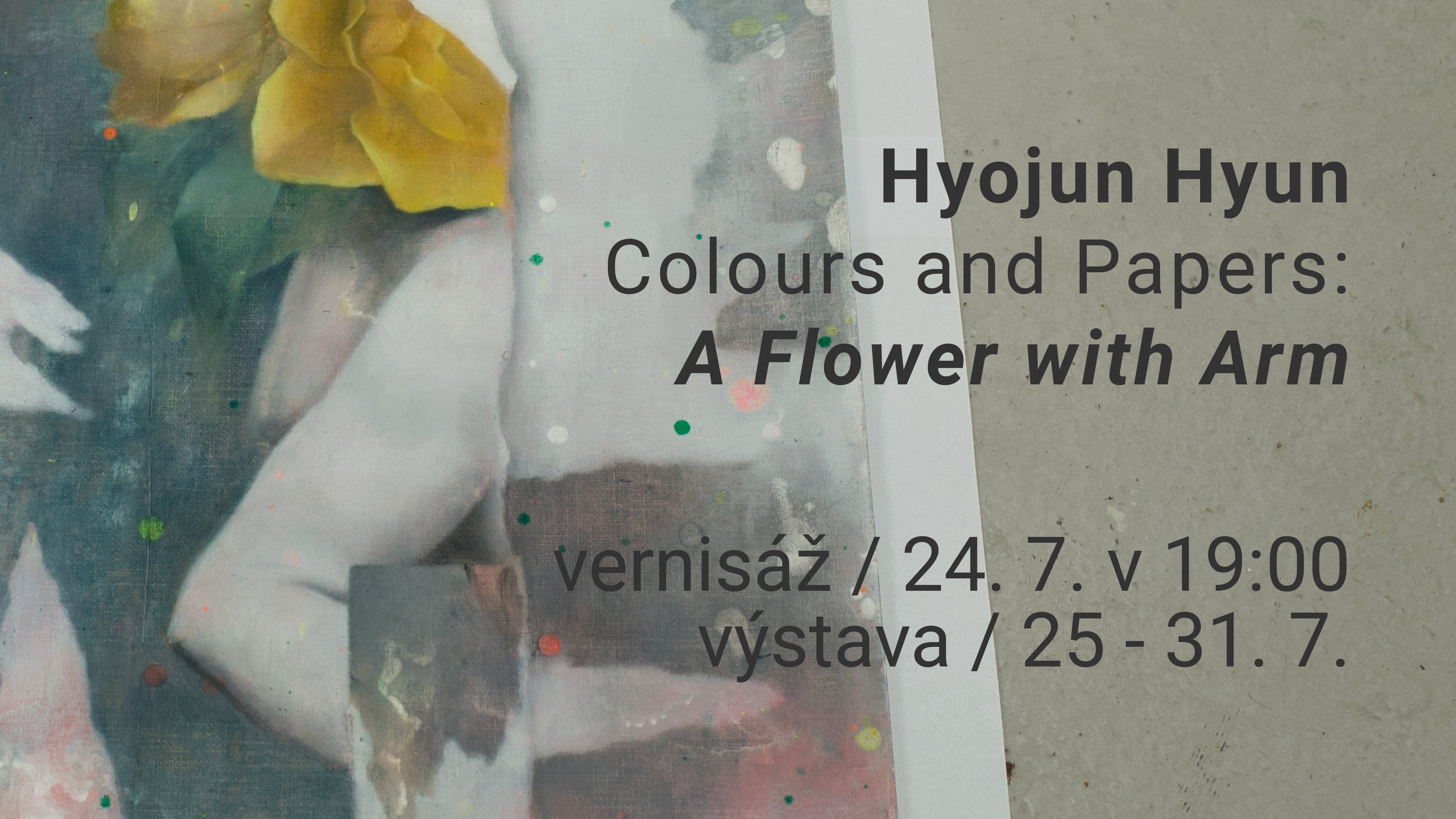 We cordially invite you to the exhibition of our korean resident:

Hyojun Hyun (1983) is a typical representative of significant group of artists of his generation. The group, which is characteristic for its nomadic lifestyle by cruising through the contemporary art centres, when studying abroad is followed by moving into the cities, where accumulates creative energy and from daily reality pulling foreign residency. Hyojun`s painting is (although unintentionally) quite atypically direct part of author’s unceasing migration for inspiration. In his paintings he deals with capturing of already obscured parts of the past, which are mainly found in “brownfield” areas, that is, in parts of cities that are temporarily forgotten by themselves. It is remarkable that the visual attraction by cracked walls, rusty gates, sprayed plasters and torn down posters, was equally irresistible for the Czech cult artist – Vladimír Boudník. Boudník mostly found his inspiration around factory ČKD Vysočany, that is, in a direct distance of PRÁM Studio, where Hyojun apparently totally intuitively moved in to work there for a month.

Contrary to the expectations, Hyojun Hyun`s oil paintings are not a simple expressive structural report from the dismal corners of the cities. Conversely, they are a sensitive record with often a grayish light atmosphere and a perfectly crafted painting approach. The structure is not a simplified and only content, but some kind of matrix, in whose depressions and protrusions there are remnants of ongoing human lifes, which just refer to something what used to be beautiful and useful.

The temporal development in Hyojun`s work seems to be displaying the fading memory by itself – originally the common hyperrealistically styled elements of torn off posters and realities surrounding walls gradually disappears and images from recent time are more and more dominated by abstract membrane. However, that disappearing does not mean that the author forgets the important part. The works created for the exhibition in PRÁM Gallery could be a proof, that his own memory is intuitively getting back in time, to its core. Not only that a certain Asian “finesse” is appearing in his paintings, the Asian artist’s typical absolute fulfilment of the creative approach, but even more he intuitively grabs the materials that refers to the Asian tradition. Generous use of papier–mâché can not, by its translucent lines, remind us of rice paper and porcelain or even the tradition of Buddhist ritual masks.

In a current discourse of the importance of the geographic and cultural origin of the artefacts, Hyojun Hyun`s work is a beneficial painting report of questioned cosmopolitanism and the invaluable record of visuality disappearing under urban gentrification processes.