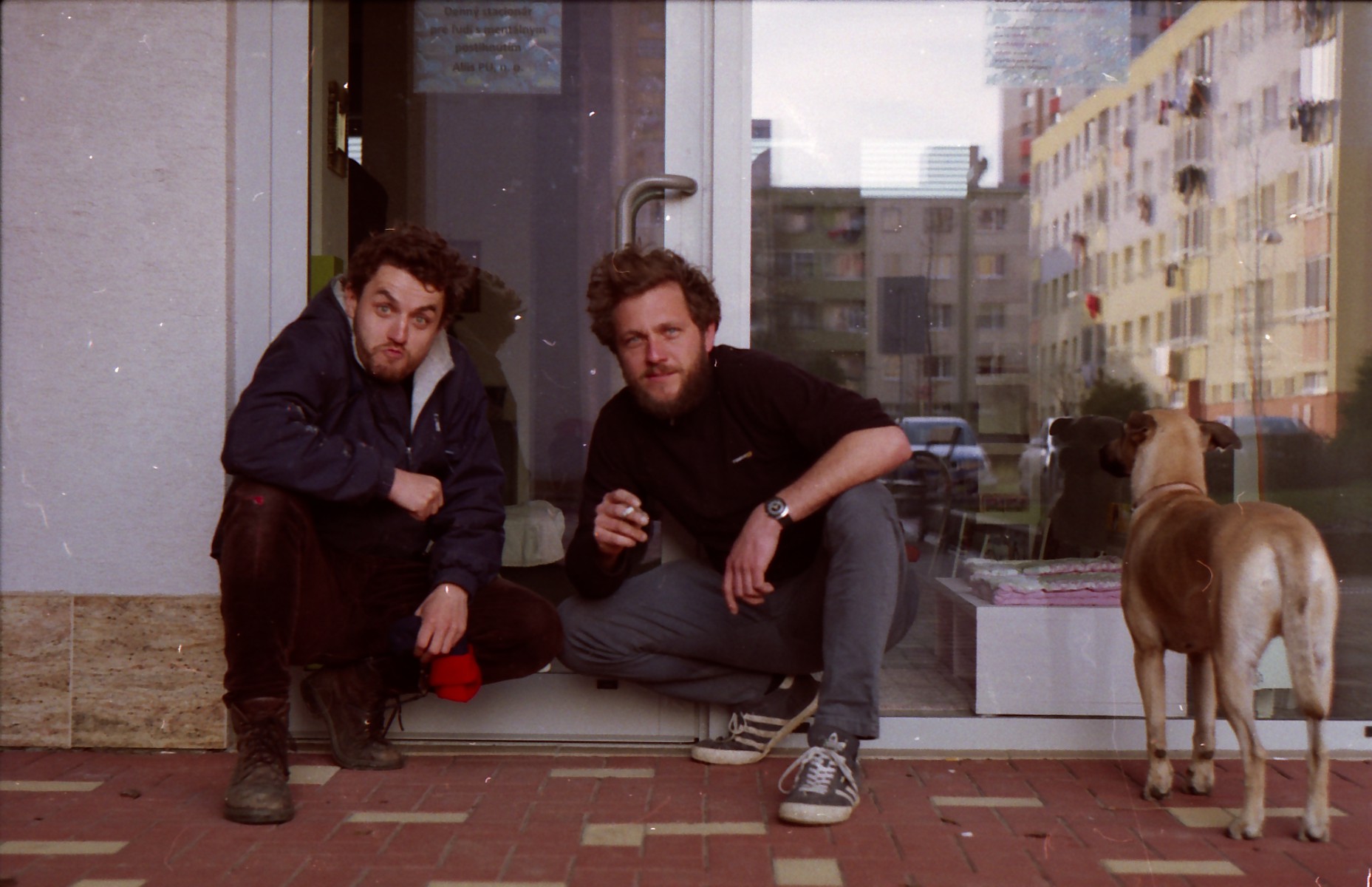 Juraj Toman and Juraj Florek are working in plain-air of the contemporary city enviroment. Their long time project is to depict different cities and Prague is their next stop.

Juraj Toman is an educator at UKF Nitra, he is graduated VŠVU in Bratislava and from Academy of Fine Arts in B. Bystrica. He had both solo exhibitions and participated on exhibitions with Juraj Florek or on group exhibitions.

Juraj Florek graduated from Academy of Fine Arts in B. Bystrica and went to an internship at UCLM in Cuenca, Spain. In 2014, he won the 1st place in the competition VUB Painting of the Year. He actively paints, exhibits and participated on several art residencies.