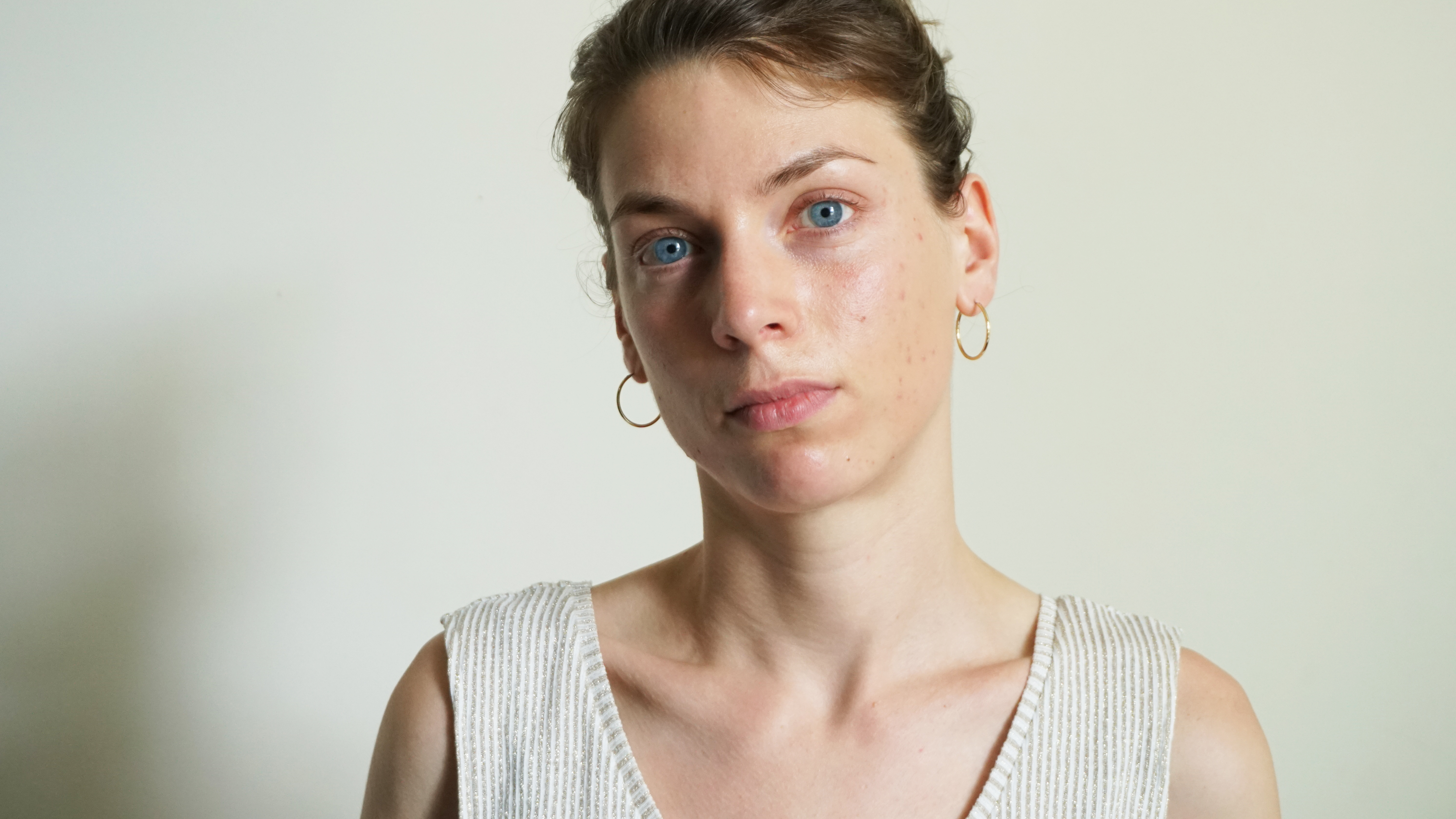 Néphéli Barbas is is the artist in residence for October here at PRÁM Studio. Stay in touch for her exhibition in PRÁM Gallery in the end of October, the opening is planned for 22rd October.

Néphéli Barbas was born in Orléans in 1990. She studied at the National Superior School of Art at Villa Arson in Nice and at the Royal Academy of Fine Arts in Copenhagen. In 2016 she participated in the artist program at the Torcuato di Tella University in Buenos Aires. In 2017 she exhibited her work in TaMaCo, Buenos Aires, as well as at the University of the Andes, Bogotá. More recently, in 2018, she had a show in the Contemporary Art Space of Montevideo, Uruguay, participated in the exhibition Des agents se créent at the Centre Tignous in Montreuil and in the show Vice-versa, Soleil double, at JULIO artist-run space, Paris.

Her work is enriched by constant exchanges between drawing and sculpture. Some of her pieces are composed the same way as sedimentary rocks are. The gaze must then engage in excavation work to perceive the different strata. An ambivalence is thus built between an overall vision and a meticulous field inspection, between architectural planning and botanical evolution.  Decomposing a space into successive layers allows her to represent in a distant way significant elements of an economic and social context; barbed wire, protection grids, electrical barriers, faults and ruins. The artist is absorbed in the saturation of these signs, in the way they collide and contradict each other.

Néphéli about the residency at PRÁM: “This residency would be for me the opportunity to return to the object format; working on a smaller scale would allow me more precision in experimentation and more intimacy with the materials. I would like to set up a kind of laboratory where my interest in the relationship between architectonics and organics would take shape – flexible forms that would allow the material to be genetically imprinted, plaster structures, light metal details. I am also interested in the idea that there may be a return to a finished object from fragments of architecture.  The form of these experiments would be defined in a work of assembling strata and details that would contaminate each other in a process of vertical sedimentation, building a fictional tectonic, alternative to the one of the city. Due to its plan construction, the sculpture work would remain in a certain way in two dimensions. The spectator’s eye would cling to certain formal failures, certain visual snags; a ceramic mosaic tile that sinks deeper than another into the cement, dephased rows, openings and gaps revealing the lower layers; all these details would contribute to the creation of a new visual grammar. The forms of reality transformed and made unfamiliar to themselves, the messages and characters dislocated, the silent logos; all this would constitute a vocabulary that would evoke a fantastic realism.”