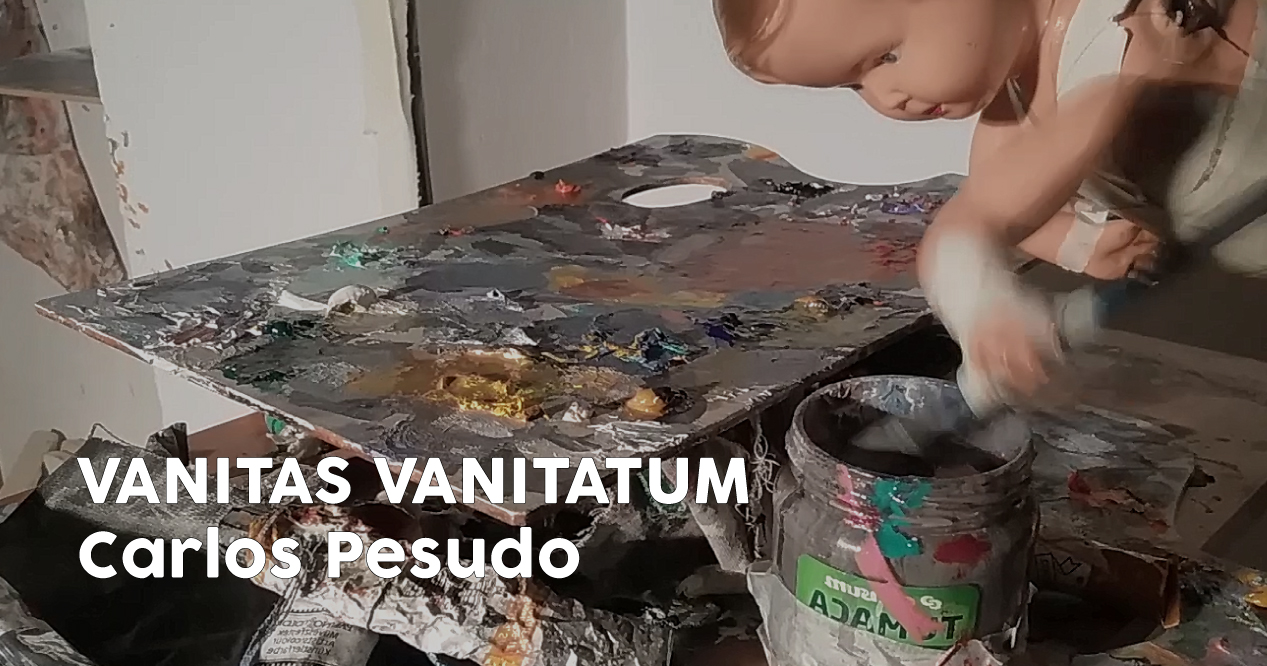 Carlos Pesudo deals with the painting itself and its relation with objects and its own shadow. The exhibition proposal consists of painting series which generate a powerful chromatic play trough the reference of its own elements, extended with a parallel developing of this concept with a piece of video-art, both dealing with a meta-pictorial play.

The painted image is manipulated trough the illusion that contains the whole image, hiding some elements which let us to establish an ambivalent relationship between the representational source image and the physical painting. This process generates a visual misunderstanding of the appearance of objects, represented mainly by their own shadows.