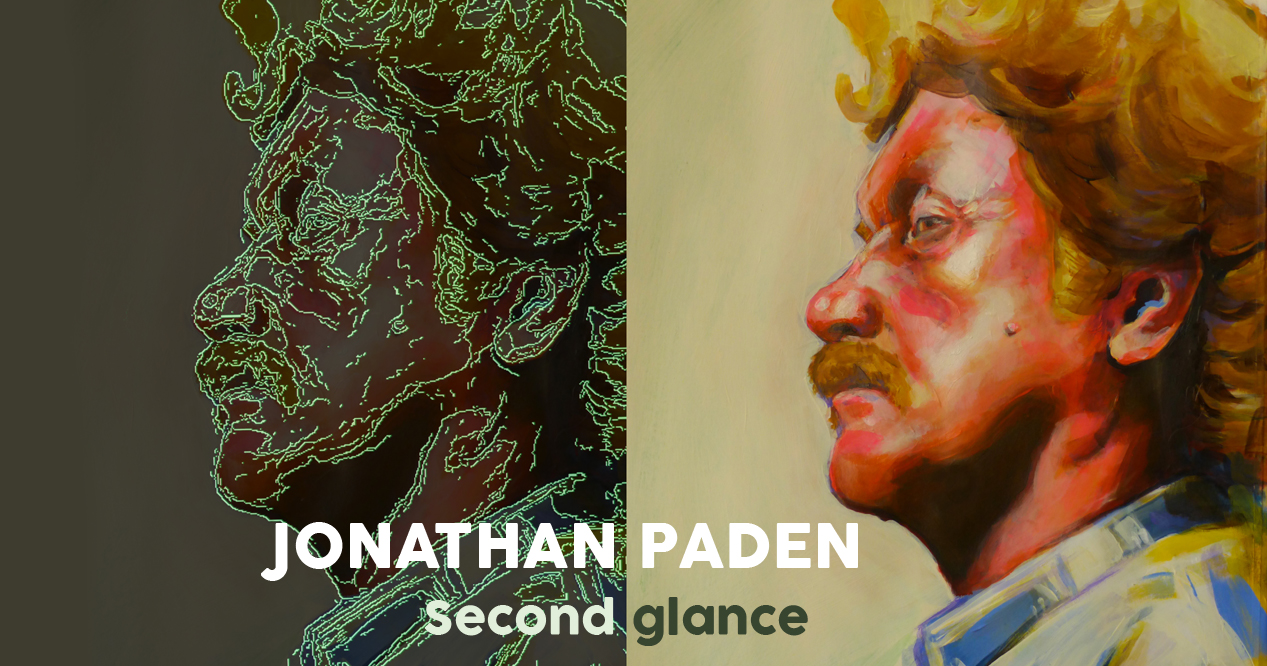 Jon Paden is a sculptor and digital media artist based out of San Diego California, USA. Jon’s artworks are complex with a focus on psychological response. He often combines drawing, woodcarving, and sculpting with diverse approaches in new electronic media. Programming and algorithms play a crucial role in the autonomy of the artworks.

Jon Paden’s current work is a series of paintings, a build up to a new investigation about augmented memory and vision.

At PRAM he took the time to reinvestigate painting techniques he has long put aside. He drew from images of day to day life he has taken digitally over the last year. These images are only looked at digitally and referenced via screens. As our societies move further and further into screen based culture this is the first look at how that effects his old rendering skills. While Jon painted he also used a Computer Vision Edge Detection app to help view and inform the aesthetics changing certain structures and line. The reason being that this a starting point questioning how Augmented Reality Devices will shift our response to physical Media, how will plain air painting or traditional figure drawing shift as we shift the ways in which we see live?