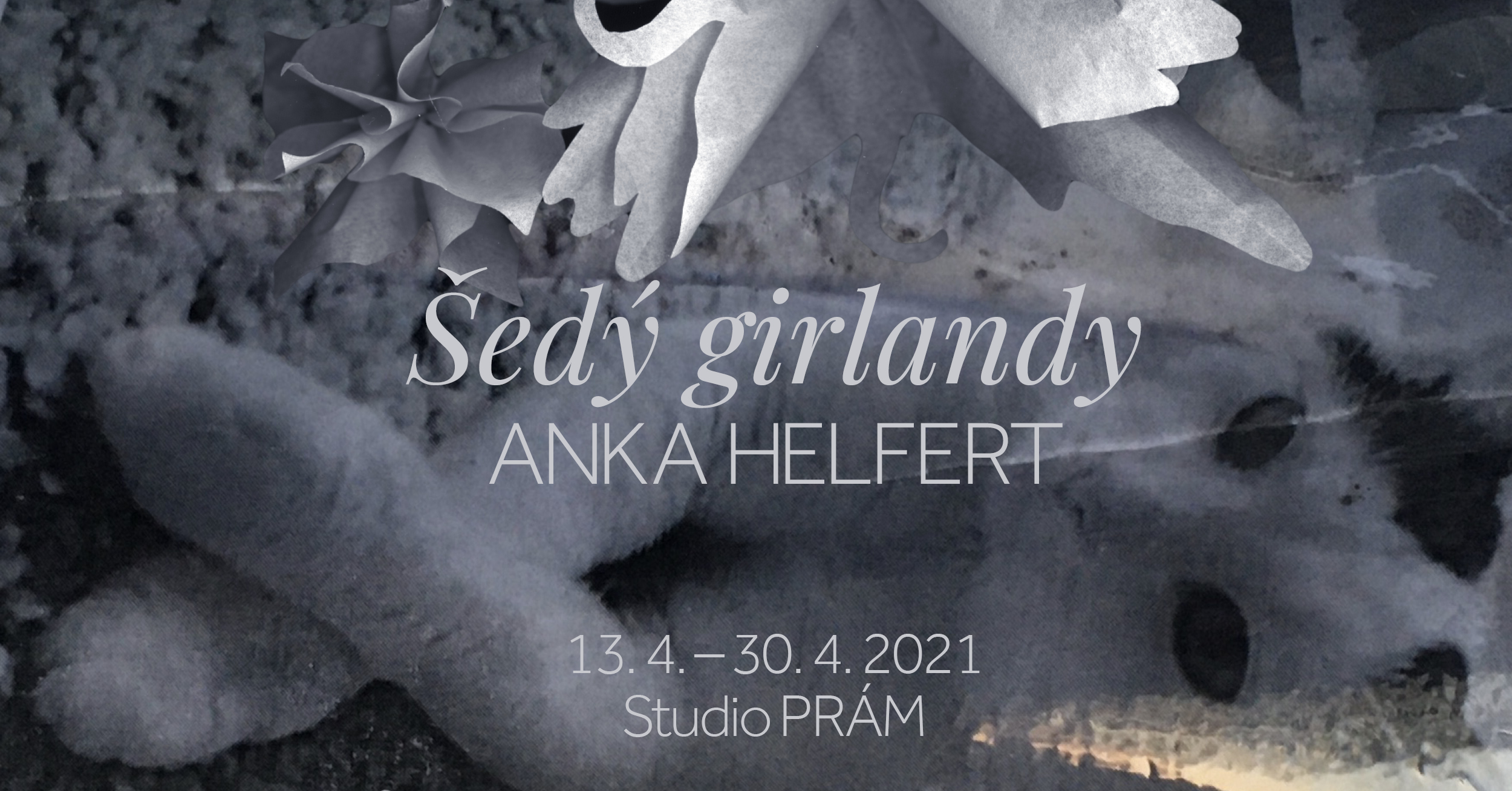 We cordially invite to the exhibition “Šedý girlandy” by Anka Helfert. Anka is the first artist in residence in 2021

During her now soon ending residence in the Prám Studio, Anka Helfert followed up on her series “Doorkeepers”. Besides her interest in the protective, emblematic and demonic meaning of fantastic animal figures (more or less stylized), author’s main motivation for her personal research of the “guardians” of our thresholds is the exploration of non-human existence. The current multi-layered crisis in the human society is one of the reasons Anka considers animals to be superior to human beings. Due to the archetypal character of the researched subject, the portrayal of beasts – creatures of undeniable animalistic character – subconsciously became the motif for the sculptures. The historical context for the sculptural representation of the elegant cat body is the Egyptian sphinx, either in its ancient form or its figurative usage in the classic canon. Anka’s beasts show (even though inconspicuous) anthropomorphic features and hieratic dominance. However, they are liberated from architecture – hence the question, what or who are they guarding? Or does the author just portray their ostentatious superiority and the mirroring human insularity?

Despite the free space surrounding both ceramic sculptures in the exhibition, their placement on high pedestals emphasizes their position, and the passing spectator thus infallibly understands that the heavenly
blue glaze further enhances the role of the beasts in the room. Such a clean and elevated form thus contrasts with the human element in the installation – the emotive, almost song-like confession. The text resembling Beatnik recollections is a suspected dialogue – of perhaps the author with herself, with the society, or with an unspecified non-human entity. Besides the blue accent of the beasts, it is the second element in the installation, the third being the spacial painting of garlands that permeate the entire space of the exhibition. The unusual formal separation of individual “exhibits” creates a relational as well as material and visual triangle – space for the spectator.

Even though Anka does not typically accentuate the used materials, they are often of key importance. The implicity of the text and the graphic quality of the blue shades of the smooth glaze in the exhibition are complimented by melancholic transiency of paper flower garlands. The xhibition of Anka Helfert can be perceived as an actualisation of aesthetic elements of baroque and symbolism with almost funereal mood. The element that gave the exhibition its name generates the atmosphere of vanity and the last party. The party is over.

The exhibition is to be viewed online as well as for appointment. For appointment please call us on 730576699.