I: Too Close To Far 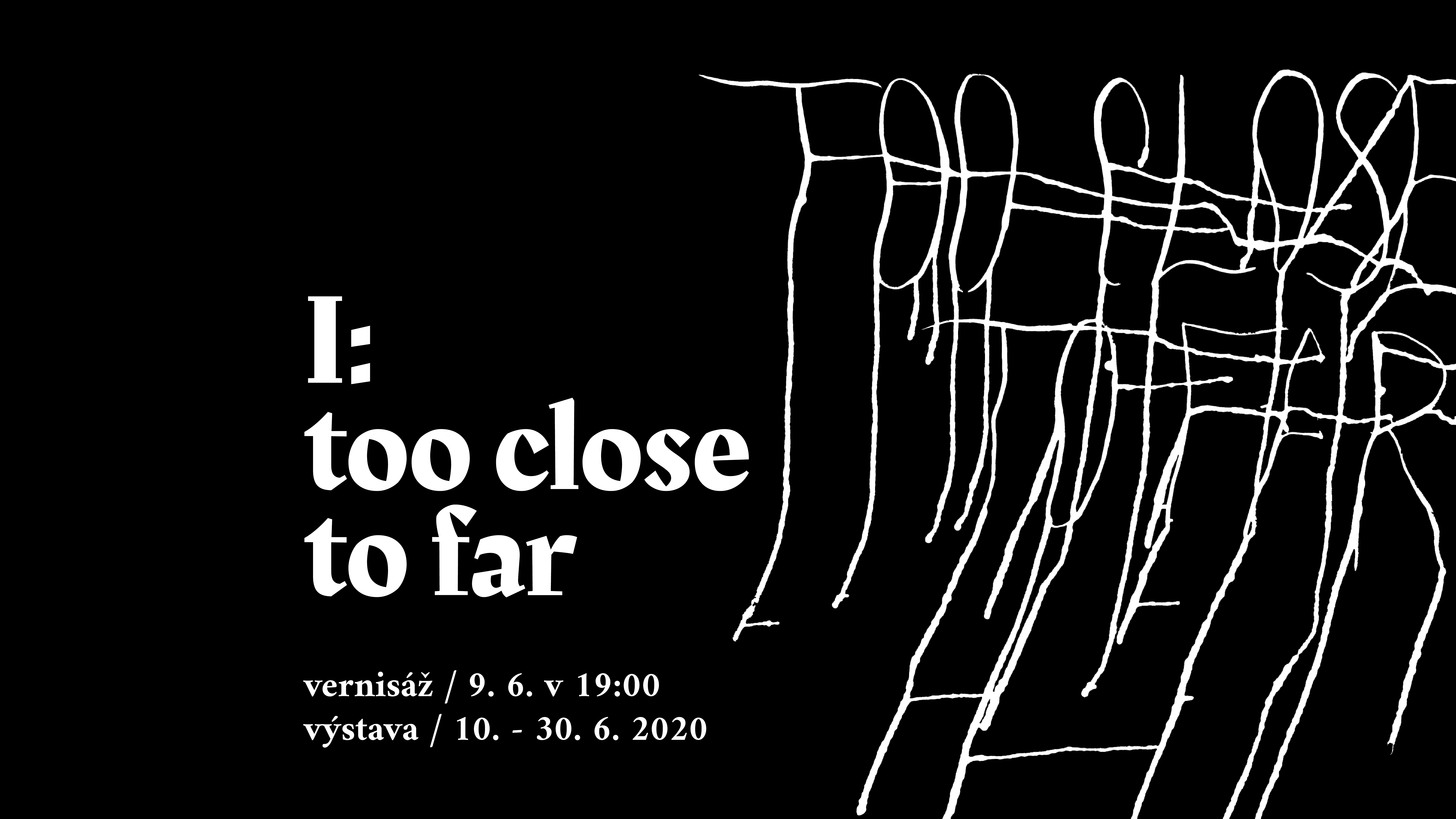 The exhibition is supported by Státní fond kultury.

The exhibition project Too Close To Far is the first chapter of a three-part series in which Šárka Koudelová names current burning issues and at the same time presents her understanding of art as am interconnected stream of consecutive acts. Koudelová uses her active artistic practice and connects it  with her own parallel curatorial work. She thus provides a condensed report on societal issues, seeks new ways of cooperation and subconsciously works against the sharpened competitive environment of the Czech art scene.

The name of the exhibition foreshadows the polemics about the physical settings of an event, our relationship with this place and subsequently, with its geographical name. Over the past five years, the crisis has in various forms affected almost all areas of life on Earth. Hybrid conflicts, wars and consequent migrations, fear of immigrants, humanitarian disasters, rising populism and nationalistic tendencies across all political spectrums, and the climate crisis that has brought about a global anxiety and almost no effective changes in the system. Moreover, this year has brought about a total paralysis caused by the pandemic, and the thoughts about the future have been hit by a completely new type of anxiety.

Despite the constantly contradicting information streams, the current state let us feel an uncertain hope about saving the world. The current crisis has had a positive effect, just like any previous crises. It has brought forward our dependence on nature, on the place where we live and mainly our interconnectedness with people all over the world. Refugees from the Middle East, whose homeland we consider a faraway exotic land, can walk to Europe by feet. The spread of the virus has further highlighted how artificial and permeable state borders are and their hardly definable capability to protect citizens. Even though we have been living in an open world for a decades, we might only now be realizing the ongoing history as a sequence of events spreading like ripples on the water’s surface.

Currently, the geopolitical units that divide the world into a class system based on lower, middle, and upper class are more important than the borders between individual countries. Although some might assume that the term „decolonization“ might have gotten under our skins since the 19th century, and therefore that its theoretical process might have become reality. Even today, this overused term still remains a half empty slogan. Global powers have technically left their colonies. They recognized their independence and recently even some west-European institutions have started returning exhibits from formerly colonized territories. But decolonization does not only mean returning stolen artifacts from world museums to their original owners. It is a way of thinking, or more precisely, the need to change it. Even when reading a map, we navigate as European colonizers – terms such as Middle East or Far East only make sense from the European perspective. This arrogance is not limited just to geographical labeling; it also includes the perception of cultural history. How difficult it is to step out of the conviction that we are, as mankind today, the smartest we have ever been? How are we still able to call some cultures or historical artifacts primitive?

If we see decolonization as material as well as intellectual exhaustion of the weak by the strong, we should then decolonize the perception of politically unstable countries, different cultures, and the passage of time and nature. We need to decolonize our thinking from the idea that anything in the world is here for us to use.

The perception of the synchronicity of time has already been disrupted by radio and TV broadcasting, so how is it possible that in the time of YouTube, podcasts and Instagram stories, when any audiovisual content can be viewed at any time, we still insist on a linear perception of history? The collection of works from the invited authors presents the idea that who we are is more important than when and where we are. It is not important when and where we create a piece of art, compose a protest song, because as soon as it is published into the global virtual space, it becomes ubiquitous and since it can be viewed at any time, it cannot be firmly fixed on a historical time line. Too Close To Far is deliberately attended by artists who live in Prague but who have different cultural backgrounds that they reflect in their work. Other participants update historical cultural artifacts in contemporary languages or symptomatically work with space division and basic emotions. Brick objects – captions that interconnect the whole exhibition and bring forward the importance of “words” ,in the sense of naming, and also highlight the moments when a title turns into a generalizing or superordinate label. The material of the bricks refers to the construction of the Tower of Babylon – the symbol of language confusion, human pride and the desire for senseless constant growth or even the biblical creation of man. The pseudo decorative calligraphies that follow the ancient brick glazing are symptomatically stylized by Earth’s gravity.

Pre-pandemic global connection was at the point where the spread of the disease between continents was as easy as between adjacent cells. Spreading just as quickly are images, sounds and information. Pavel Novotný, the author of this catalog’s introductory text, is a seasoned carrier of these elements of our perception. As a journalist and reporter from unstable areas or war zones, he takes on the task of drawing facts, images and emotions which he then interprets for Czech media.

If we accept the idea that technological evolution has eventually over the centuries, without us noticing, caught up to the age-old desire of humans to send their thoughts, even a simple sending of email can be seen as a mystical ritual. In the last couple of months, most of us have been living without physical contact with other people. Instead, we have focused our strangely slowly passing days to online communication. So we meet in the virtual world, a space that is not on any map. This place in which we meet and to which our minds temporarily move moves from one corner of the world to another, is still an unnamed mystical destination – a virtual continent, the last version of Babylon.

The exhibition is not an usual curatorial selection of works by a group of artists. Ideally, it is a project that exceeds its current location in space and time. It might also be a potential answer to the question, what would a collection labeled “Prague” look like in 2020 if a hypothetical colonizer would want to collect representative samples of artifacts?

When the general public and its official representatives accept a decolonized way of thinking, it will be necessary to name a new concept and find a new map, because the current one has been considered valid for way too long. We have been paying attention in the last couple of months to China and the Middle East, because where else in the world can we predict the future than in these quickly changing places and development of mythical IT technology? If we do not destroy conditions for human life on Earth first, if we let go of orientalist clichés without forgetting about the archetypal mythologies older than our collective memory, we can look forward to ethno-futuristic tomorrow.