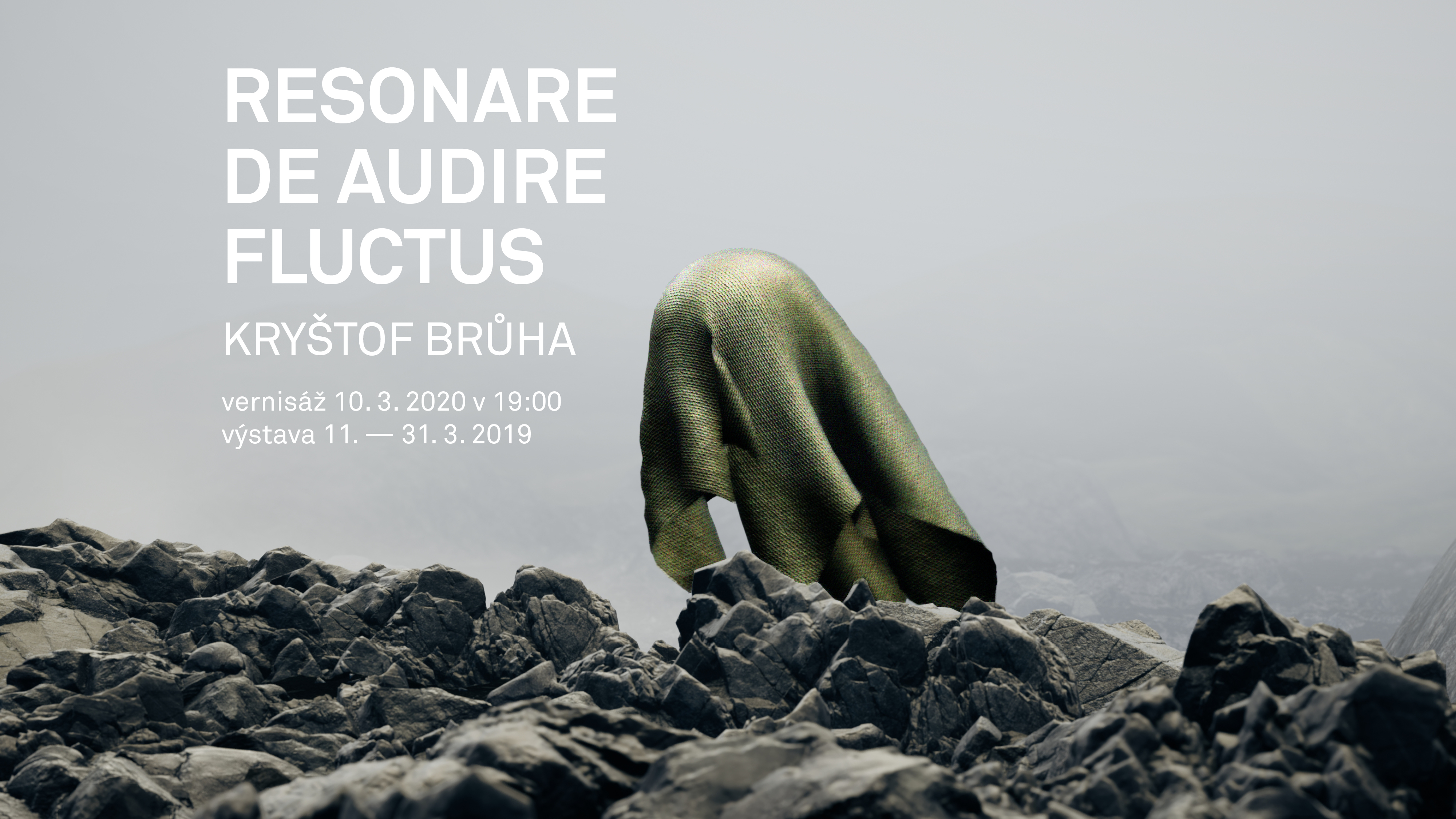 We cordially invite you the exhibition Resonare De Audire Fluctus by Kryštofa Brůha. The exhibition opening is on Tuesday 10th March at 7pm. The exhibition lasts till 31st March and is open on Mon and Tue between 1-7pm or by appointment.

The ‘Echoes of Audire Fluctus’ exhibition is inspired by the concept of Audire Fluctus clothing. It was first presented in spring 2019 at the Mercedes-Benz Prague Fashion Week. The main concept behind the exhibition is to reveal invisible electromagnetic waves. The wearers of AUDIRE Fluctus are transformed into technological models who reveal an invisible part of our reality. For AUDIRE FLUCTUS exhibition visitors, the city becomes an observable energy cluster. They experience storms as a symphony of electromagnetic bursts of thunder. The exhibition explores and expands on this phenomenon further with kinetic objects, video stories and drawings drawn by a robotic arm. The electromagnetic spectrum is revealed in individual works and as a connecting theme throughout the exhibition.

Audire Fluctus explores the relationship between technology, humans and their surroundings. This concept is materialized in the form of clothing. The clothing allows wearers to distance themselves from technological media and develop a new perspective on it. The top layer, of the multilayer design, is made of a metallized fabric that makes the wearer immune from technology. This layer reduces the electromagnetic radiation coming onto or from the wearer. As a result of this shielding it becomes an invisibility cloak from technology. The concept focuses on advanced technologies that use electricity to operate. Electromagnetic radiation is also a part of the spectrum used for data transfer, phone calls or radio. These data streams are represented by Audire Fluctus. The concept is in line with the name, Audire Fluctus, which means ‘listening to waves’.

Wearers can listen to the same electromagnetic radiation from which they can hide. The middle layer is designed to detect the waves and translate them into sound. This allows the wearer to explore the hidden world of electromagnetic radiation and become its observer. The wearer becomes an explorer who can go beyond the imaginary boundaries of how we perceive technology. Audire Fluctus wearers can therefore set out on a journey to explore the spectrum of technological perception.