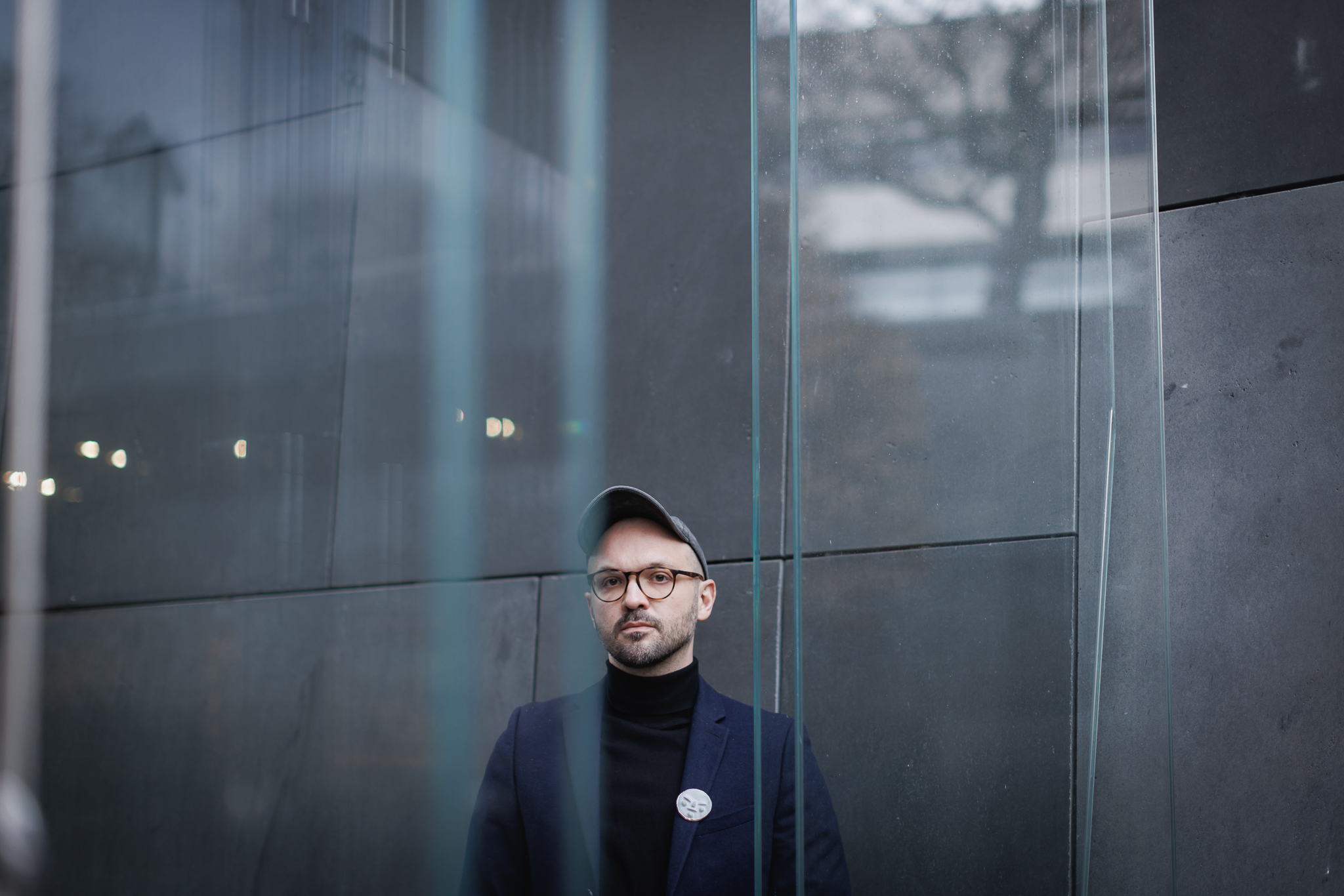 We are happy to welcome our first aritst-in-residence for this year. It is a visual artist Paweł Olszczyński from Warsow, Poland. He will spenf two months at PRÁM Studio, April and May. You might look forward to his solo ehxibition, curated by Šárka Koudelová, by the end of May.

Paweł Olszczyński (b.1985, Kraków, Poland) is a visual artist based in Warsaw. In his artistic practice he uses painting and drawing, he also creates ceramic objects referring to design and architecture.

He very often creates surreal situations in his works, combining various motifs, which may rise questions about repetition on many levels – our history, people behaviour, memories, or our constantly repetitive mistakes. He explores the role of the perception of our memory – both at the level of private stories and the so-called great narratives.

In his recent paintings, he evokes selected characters from art history – they refer to art of the European symbolism from the turn of the 19th and 20th centuries which he combines with the elements of contemporary visual culture.

„During my residency, I would like to create new paintings and a series of works on paper. The project involves the continuation of the cycle of works called “Chimeras”, which consists of oil paintings, works on paper and ceramics. My idea is that they refer to art of the European symbolism from the turn of the 19th and 20th century which I combine with the elements of contemporary visual culture. In my works, I bring into play the characters of chimeras, harpies, sphinxes which a hundred years ago expressed anxiety, fear and uncertainty. Conducting research and archival inquiries in the Prague museums will be an important part of the residence.“

Paweł Olszczyński is a graduate of the graphics department at the Jan Matejko Fine Arts Academy in Cracow (2005-2010) and Hochshule fur Gestaltung,

2021 – In these days of tumult, heat and dazzle I retreat in my mind – Stefan Gierowski Foundation – Warsaw, Poland

2019 – Collective capital, Museum of the History of Cooperatives, Warsaw, Poland

2016 – Scholarship of the Minister of Culture and National Heritage

2011 – Scholarship of the mayor of the city of Cracow