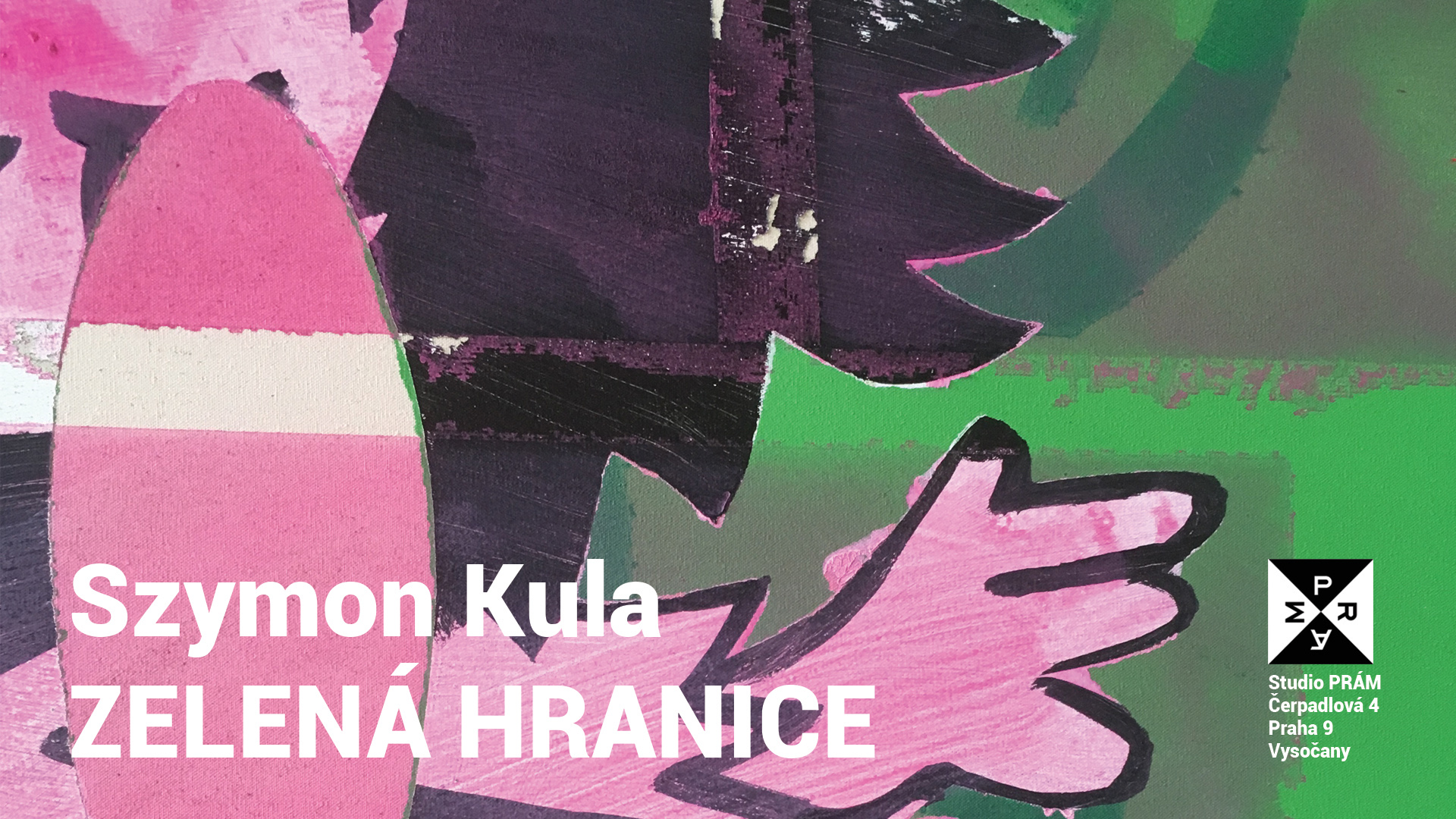 The title of the exhibition refers to a phrase that describes an unprotected section of a country’s borders. Usually situated in the woods or in desolated areas these points used to provide a passage to the western world; when Europe was divided by the so called Iron Curtain. Attempts to cross over these lines were still extremely risky as unlike today, boundaries between the countries were strictly controlled by the border guard troops.

This context serves as a backdrop to explore the story of one of the most spectacular getaways of post war Czechoslovakia. The case of the Mašín brothers polarizes Czech society until today; depending on the source they are often described as anticommunist heroes or savage murderers. Regardless, of this binary picture the narrative of their courageous attempt to break through the borderline escalates to the rank of mythological fable.

In the new series of paintings Szymon Kula superimposes these historical events with an iconic Czechoslovakian animation – Rumcajs the Little Bandit of the Forest. The storyline is build around the adventures of a good-hearted outlaw who fought against the royal oppression. Juxtaposed with the criminal portraits of Mašín resistance group members, cartoon imagery looses it’s innocent character. Rendered with vibrant colours and abstracted paintings confront boyhood poetic with the archive of actual guerilla movement.